People from Africa were widely present in 18th Century England, which by then had monopolized the colonial slave trade. From slave ships, many Africans made their way into domestic service in Britain. And in the art of that time, black women and men were typically portrayed in stereotyped roles: standing ready to serve or gazing up in wonder at their masters.

Not so in this stunning, sculpted portrait made by the English artist Francis Harwood while working in Florence in 1758 (now in the collections of the J. Paul Getty Museum in Los Angeles). The identity of Harwood’s subject is lost, but the scar on the figure’s right forehead suggests that the bust represents a real individual. As one critic observed:

The particularized facial features, dignified expression, complete nudity, and dramatic truncation are exceptional not only within the career of Francis Harwood… but also within the broader history of representation in European art… Whether the sitter of the Getty bust was slave or free man, athlete, or intellectual, and whatever commission compelled Francis Harwood to sculpt this exceptional portrait, it is by far the most beautiful work in the otherwise undistinguished oeuvre of a secondary artist.

The Getty catalog suggests that this work “may be one of the earliest sculpted portraits of a Black individual by a European.” But it’s actually not even close to the earliest, I learned from Malisha Dewalt, who runs the Tumblr blog People of Color in European Art History. She pointed to several examples from European antiquity, including this 1st Century Roman portrait bust, this portrait in marble of a black youth with pierced ears from Hellenistic Greece, and this nude youth, also from ancient Greece. 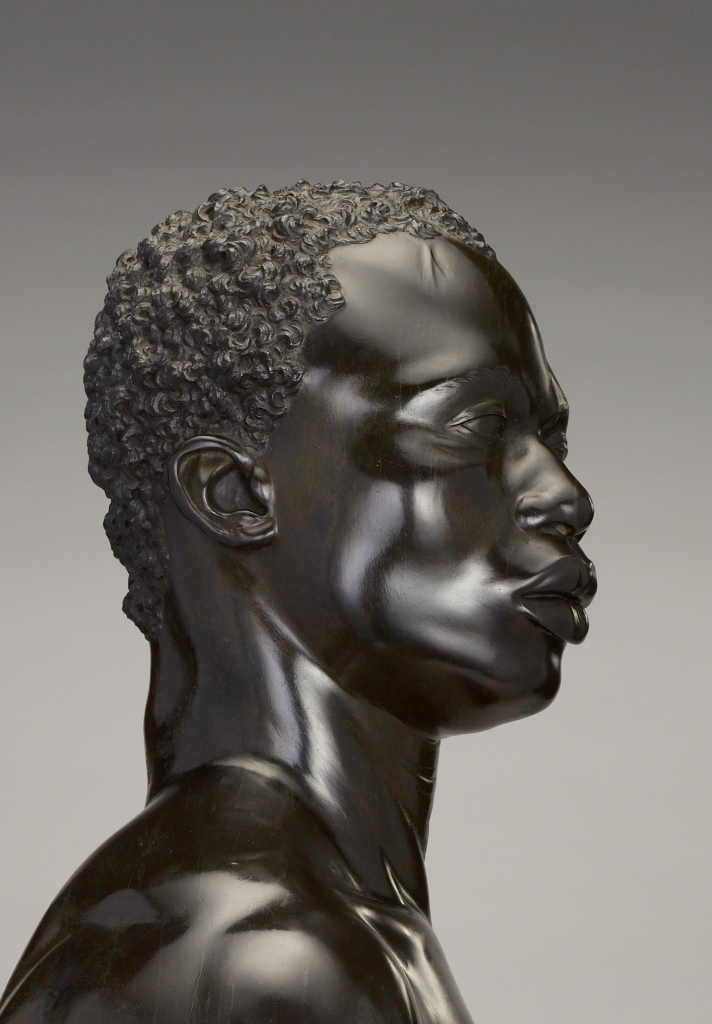 The Color of Life: Polychromy in Sculpture from Antiquity to the Present edited by Roberta Panzanelli, Eike D. Schmidt, Kenneth D. S. Lapatin (2008)