Dozens of news stories over the past year have reported on the disturbing data showing that Americans are dying younger than people in other wealthy countries and falling behind in many other measures of population health.

But much of the reporting I’ve seen shies away from covering a crucial part of the story: How social inequality may be the most important reason why the health status of Americans is failing to keep up with progress elsewhere.

Since 1980, virtually all gains in life expectancy in the U.S. have occurred among highly educated groups. But news outlets seem almost afraid to dig into questions about social inequality. Full article at AHCJ’s Covering Health blog (November 2013) 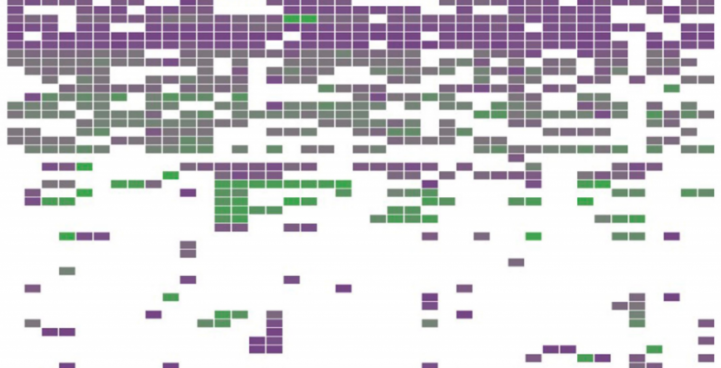 For cancers that can’t currently be detected early, a new discovery suggests there may be a large window of time in which to look for smoldering cancer cells and eliminate them before they become life-threatening. Errors in DNA that trigger the start of some of these deadly cancers can arise a decade or more before tumors appear, according to an international team of scientists.

The findings, published in the journal Nature, fit with what is known about the few kinds of cancer in which researchers have worked out the timing of progression. In colon cancer, for instance, pre-cancerous growths called polyps form 10 to 15 years before giving rise to malignant tumors.

“Our new data show that the timing can be similar in cancers without detectable premalignant conditions, such as ovarian cancer, raising hope that these tumors also can be identified in pre-cancerous stages,” said Paul Spellman, Ph.D., an OHSU professor of medicine and one of the senior authors of the new study. Full article at Cancer Translated (Feb. 5, 2020)

What’s new with the flu: Here’s what you need to know to protect yourself

Did the flu knock you flat last year? Count yourself among the tens of thousands hit by one of the worst flu seasons in the U.S. in 15 years. The rate of flu-related hospitalizations among people age 65 and older was the highest since officials began tracking laboratory-confirmed cases in 2005. How severely the flu will strike this year is impossible to predict, experts say. But the flu strain that predominated last year typically causes more hospitalizations and deaths than others do—and, unfortunately, it’s expected to be one of the strains going around this winter. The best way to protect yourself is no surprise—you need to get vaccinated, and soon. We’ll reveal the best possible vaccines for you (there are several options) and other smart ways to protect yourself, even when people with the flu seem to be all around you. Full article at ConsumerReports.org (October 2013)

Inside Oregon’s Medicaid lab: Testing the effectiveness of accountable care

On a recent Wednesday morning, a hospital in Portland, Ore., paged Dr. Christina Milano, a family physician, to notify her that one of her patients was in the emergency room. Within a half-hour, another hospital called when the same patient showed up in its ER.

Not long ago, Milano might never have heard about those episodes. But during the past year, clinics, hospitals, county health departments, mental health agencies and other providers across Oregon have made unprecedented efforts to work together to identify patients with heavy ER and inpatient use and offer them health coaching, behavioral health support, pharmacists’ help and timely preventive care through patient-centered medical homes. Now Milano has her patient, who had been visiting ERs up to a dozen times a week, working intensively with a clinic-based social worker.

Oregon policymakers and providers are pioneering an ambitious reform model based on coordinated-care organizations, or CCOs, which bring together previously unaffiliated hospitals, physician groups, mental health agencies and others under a single contract.  These new CCOs, some for-profit and some not-for-profit, will be responsible for providing nearly the full range of health services—medical, dental, psychiatric, addiction treatment, case management—for 627,000 people covered by Medicaid in Oregon.

Oregon’s move tests a key tenet of the federal Affordable Care Act: the notion that locally organized Accountable Care Organizations will pave the way to lower cost, higher quality medicine. And that has put the state in the national spotlight. Full article at ModernHealthcare.com (September 2013)

Saving brains: Is there a way to stop Alzheimer’s disease?

A series of failed clinical trials is forcing researchers to question long-held assumptions about Alzheimer’s disease. The damage seems to begin with the clustering of protein fragments, called amyloid plaques, among brain cells. 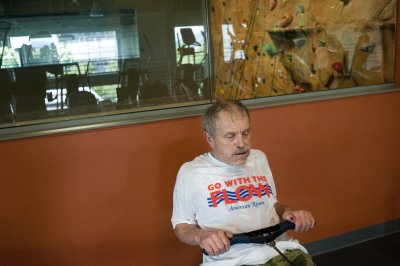 But treatments developed to reduce the build-up of plaques have not stopped memory loss and other symptoms from worsening. It may be that patients started treatment too late in the course of the disease, when damage is too great to reverse. Some researchers, however, now believe that the field has focused too narrowly on plaque buildup, neglecting another prominent factor in the advance of Alzheimer’s: widespread changes in the blood vessels that supply blood to the brain. The change in thinking points to new treatment possibilities. Even without new medication breakthroughs, some researchers now say it may be possible to reduce the incidence of Alzheimer’s disease substantially through public health measures that prevent hardening of the arteries and other vascular damage accelerated by high blood pressure, bad diets, inactivity, weight gain and smoking. Full article at OregonLive.com (July 2011)

Trying to prevent sudden cardiac arrest: The search for answers behind the deaths of 250,000 people yearly in the U.S.

Wooziness hit Greg Wooldridge just as he and his wife were about to drive home from shopping. Seconds later, the 61-year-old Portland man slumped forward in the passenger seat, his heartbeat lapsed into an ineffective chaos. His wife, Anita, pounded the car horn to summon help from store employees, who called 9-1-1. She then pulled her 6-foot-3, 200-pound husband out of the car to begin life-saving chest compressions in a desperate race to keep him from dying. Eight minutes later, firefighter paramedics arrived and delivered electric shocks from a defibrillator to jolt his stalled heart back into action.

Against long odds, Wooldridge survived. But cardiologists never found an explanation for his near-death experience on that December day in 2008. “Every time I go in for a checkup, I ask: Why did I have this?” Wooldridge says. “They don’t know.”

Sudden cardiac arrest — killer of 180,000 to 250,000 people each year in the U.S. — remains one of medicine’s most intractable problems. Despite years of intense research, refinements in resuscitation and widespread placement of automated defibrillators in public places, 90 percent of victims never regain consciousness. Since 2008, four large-scale clinical trials of potential new treatments for out-of-hospital cardiac arrest have failed to show improvement in survival. In the struggle to understand sudden cardiac arrest, Portland residents are among the most closely watched populations in the world. Since 2002, researchers have gathered every relevant detail they can find on every case of sudden cardiac death that occurs in Multnomah County. The effort is starting to pay off. Full article at OregonLive.com (January 2010) 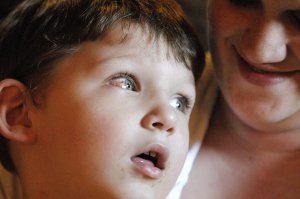 Before the operation for their 4-year-old son, Dale Matlock and Tasha Gaul watched the surgeon write her initials above Jesse’s right eye, a safety step to prevent a surgical mix-up. In the operating room at Legacy Emanuel Medical Center, the surgical team performed a mandatory “time out,” a final check that the correct patient is about to undergo the correct procedure on the correct site. But during the surgery to fix his wandering right eye, Dr. Shawn Goodman realized she’d mistakenly operated on the healthy left eye.

“She said, ‘Frankly, I was at the head of him, and I lost my sense of direction and the mark got covered up,’” Gaul told The Columbian newspaper last month. “By the time she realized it was the left eye, it was all said and done.”

Medical errors as extreme as operating on the wrong body part or the wrong patient are never supposed to happen. Systematic efforts to eliminate these “never events” began a decade ago, and yet such errors continue regularly across the United States. Full article at OregonLive.com (January 2010)

Almost everyone has a headache now and then, but each year about 1 in 10 adults in the U.S. experiences at least one so painful that he or she sees a doctor. Eighteen percent of women and 6 percent of men have migraines in a given year, which can be severe and a challenge to treat.

In a study of migraine sufferers, more than 40 percent incorrectly thought the pain was caused by sinus problems. About as many said they received that incorrect diagnosis from a doctor. Many people with chronic headaches have tried antibiotics or decongestants, which haven’t helped, and some even undergo unnecessary sinus surgery.

Studies have also found that more than half of migraine sufferers treat their headaches without discussing the problem with a doctor. That might be a reason only one in five people with persistent and severe migraines takes medication to prevent them.

At the other extreme, many people get caught in a cycle of medication overuse, in which the increasing use of pain drugs causes the headaches to strike more frequently, making the drugs less effective. In a 2010 survey, nearly one in four people with chronic daily headaches said they took pain drugs every day. Medication overuse might account for half the cases of that kind of headache. Full article at ConsumerReports.org (2012)