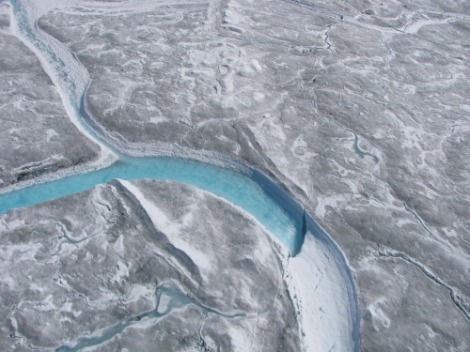 Strange and lovely rivers are cutting through Greenland’s ice sheet as it melts.

All of the 523 ‘supraglacial’ rivers and streams in the map below terminate in moulins, or sinkholes, that carry meltwater down under the ice sheet and out to the sea. 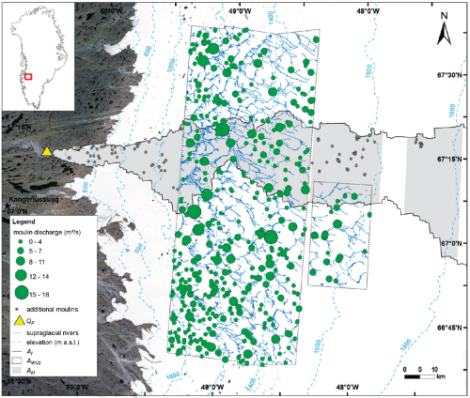 During an unusually massive melting episode in July 2012, the surface of this intensely monitored section of the ice sheet drained at a rate of ~60,000 cubic feet per second. That’s more than double the average flow of the Colorado River coming from an area less than one-tenth of size of the Colorado River’s watershed, according to a study led by Laurence C. Smith at UCLA.