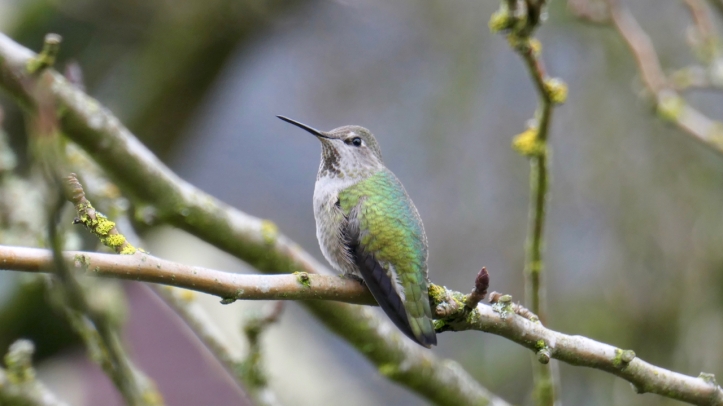 I love the melodious scientific name for this little hummingbird, a species native to the West Coast. The genus name, Calypte, probably comes from a Greek word for veil, a reference to the glittering crown and gorget feathers of the male hummers. The species name, anna, was given by a 19th century French naturalist (and surgeon), René-Primevere Lesson, who spent time in the 1880s collecting animals in California. He wanted to honor a fellow Parisian, Anna Masséna, Princess d’Essling and Duchess of Rivoli.

I photographed this female of the species in my backyard in urban Portland, Oregon. 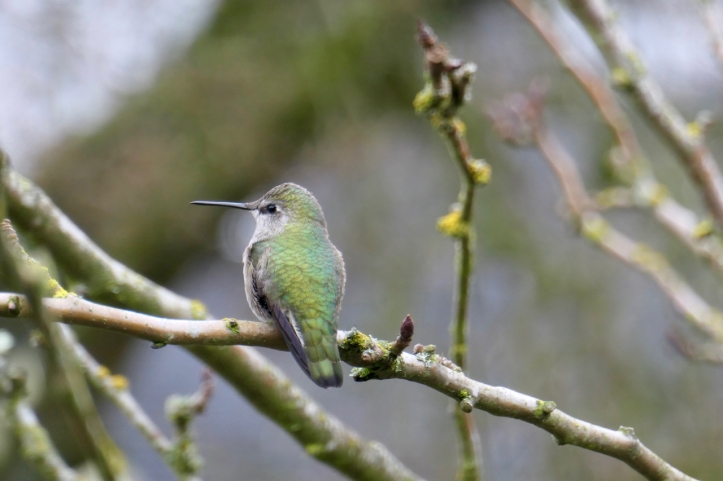