Executions by lethal injection are supposed to be quick, painless and more humane than the gas chamber or gallows.

The condemned rests on a hospital gurney. Technicians attach heart monitors and place intravenous lines, usually in each arm. When the time comes, an executioner in another room pushes the plunger on a syringe connected to the IV line, delivering a barbiturate anesthetic to induce a coma within seconds. Two more injections quickly follow: pancuronium bromide to stop breathing and potassium chloride to arrest the heart.

Oregon, preparing to execute convicted murderer Gary Haugen on Dec. 6, uses this three-drug lethal injection, as do nearly all of the 34 death penalty states. But the killing method remains controversial. Critics say poor understanding of the drugs’ effects and executioners’ lack of medical training has led to botched cases and a likelihood of extreme suffering in some instances.

But Dr. David Dershowitz, an anesthesiologist in Worcester, Mass., who has served as an expert witness for states imposing the death penalty, says the initial dose of anesthetic should reliably obliterate all sensation and perception of pain. Controversy persists because independent researchers aren’t allowed to see detailed records of executions, says Dr. David Waisel, an anesthesiologist and medical ethicist at Boston Children’s Hospital.

“Departments of corrections hide their data, so we have no idea how often problems occur, or what kinds of problems occur,” says Waisel, who has testified as an expert witness for defendants facing the death penalty.

“I suspect that if lethal injection was done well, it would be painless. If it’s done poorly it’s very, very inhumane.”

Death penalty opponents, including Amnesty International and the ACLU of Oregon, petitioned Gov. John Kitzhaber to halt executions in Oregon until the state completes a review of the effectiveness of the three-drug method. Corrections Department officials and the governor have declined to comment on the petition.

Companies that make the drugs are also raising objections. The head of Lundbeck Inc., a Danish drug company “adamantly opposed” to the use of its pentobarbital anesthetic for lethal injections, wrote to Oregon prisons Director Max Williams in July asking Oregon to stop using it.

The lethal injection era began in 1977, a year after the U.S. Supreme Court lifted a moratorium on the death penalty. Oklahoma lawmakers wanted a more humane and less expensive alternative to the electric chair or gas chamber. The head of anesthesiology at Oklahoma Medical School recommended the use of a short-acting barbiturate anesthetic in combination with a paralytic agent. Oklahoma’s chief medical examiner recommended the addition of a third drug, potassium chloride, used in bypass surgery to temporarily stop the heartbeat. Until recently, the drugs cost about $200 per execution but rose to more than $1,000 with companies such as Lundbeck cutting off the supply.

Oklahoma spent no time or money to study the effects of the three-drug combination. Nevertheless, it rapidly caught on in the U.S. Death penalty laws in Oregon and other states use nearly the same language Oklahoma used to specify how lethal injections are done, notes Fordham University law professor Deborah Denno.

“By virtue of coming up with a method of execution that makes an inmate look serene, comfortable, and sleeping during the death process, the death penalty in this country was rescued,” Denno said in a round-table discussion published by the New England Journal of Medicine in 2008. “The presence of doctors, their involvement, and the association with medicalizing the procedure enhanced its constitutional acceptability.”

In the years since Texas carried out the first lethal injection execution in 1982, several clearly have gone wrong.

Some witnesses to the execution of Angel Diaz in Florida in December 2006 said he appeared to gasp and grimace and his eyes remained open for 24 minutes after executioners began the series of drugs; his death took 34 minutes. Monitoring equipment shows when an inmate’s heart stops beating. A physician usually certifies the death. Florida corrections officials told an investigating panel that Diaz did not appear to be in pain, although the paralytic drug could have prevented outward expression. An autopsy revealed chemical burns from the drugs spreading 11 to 12 inches around the intravenous sites on both arms. A medical examiner concluded that both IV lines missed the veins and slowly infused the drugs under the skin. 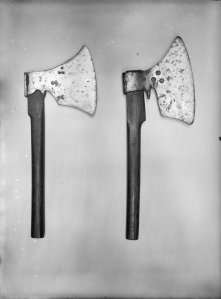 Executions have taken up to 90 minutes to bring death because of failure to establish or maintain IV lines. In September 2009, technicians in Ohio failed to insert an IV for two hours during the planned execution of Romell Broom.

“At one point, Broom, 53, lay back on his bed, covered his face with his hands, and cried. Another time, while sitting up, he was seen grimacing as the execution team appeared to seek a vein around his ankles,” reported Bill Benedict, a Cleveland Plain Dealer journalist. Officials halted the execution, and Broom remains on death row.

Problems so obvious to witnesses are unusual; by one estimate, the frequency is about 4 to 5 percent. But some researchers say the paralytic drug may hide cases in which anesthetics failed to block sensation because of an inadequate dose or misplaced IV.

Suffering could be extreme, Groner says. “You just can’t tell.”

In such cases, “Death by suffocation would occur in a paralyzed inmate fully aware of the progressive suffocation and potassium-induced sensation of burning,” Dr. Leonidas Koniaris of the University of Miami Miller School of Medicine and others concluded in a 2007 research article.

In a study of post-mortem toxicology reports from Arizona, Georgia, North Carolina and South Carolina, Koniaris and colleagues concluded that concentrations of anesthetic in the blood were lower than that required for surgery in 43 of 49 executed inmates, and 21 inmates had concentrations consistent with awareness.

So far, courts have rejected arguments the three-drug lethal injection violates the Constitution’s ban on cruel and unusual punishment. They lean heavily on a 2008 Supreme Court opinion that “Simply because an execution method may result in pain, either by accident or as an inescapable consequence of death, does not establish the sort of ‘objectively intolerable risk of harm’ that qualifies as cruel and unusual.”

The Oregon Corrections Department released new rules Thursday meant to minimize the chance of mishaps. The rules call for the use of at least two medical professionals who “are licensed, have proper training and experience in the preparation and insertion of IVs.” The rules don’t specify what kind of medical caregiver.

The rules direct the medical team to evaluate the inmate to identify veins suitable for IVs before the day of execution, and on the day of execution ensure proper functioning of the IVs by a slow infusion of saline. If problems arise, a “supervising qualified medical professional” is supposed to determine whether to try a different IV site or technique. After injection of the anesthetic, the rules call for a consciousness check — response to sounds or brushing of the condemned inmate’s eyelashes — before executioners deliver the paralyzing agent and potassium chloride.

States’ efforts to enlist more highly trained physicians or nurses face a big obstacle. Physician and nursing organizations have firmly stated it is unethical to participate in lethal injection. American Medical Association guidelines prohibit almost every type of involvement: Physicians should not attend or observe executions, give technical advice, select injection sites, start intravenous lines, prescribe or prepare the drugs or inspect or test lethal injection devices. Last year, the American Board of Anesthesiology decided that involvement in lethal injection is grounds to revoke an anesthesiologist’s board certification.

Some physicians and nurses assist nevertheless, usually anonymously. Emergency medical technicians, prison hospital orderlies, and phlebotomists fill the gap when professionals with more training are not available, such as in Illinois and Kentucky where laws bar doctors from the execution chamber.

Drug companies are making it increasingly difficult for U.S. prison authorities to obtain the drugs used to kill. Until this year, Oregon and other death penalty states used the anesthetic sodium thiopental. But in January, the only U.S. supplier, Hospira Inc. of Lake Forest, Ill., stopped selling the drug. When states began ordering thiopental from a British company, the government there banned its export to prevent its use in lethal injections.

An executioner’s sword. Credit: The Rijksmuseum

[Behind execution of Gary Haugen, controversy swirls around the drugs used and who administers them, by Joe Rojas-Burke, The Oregonian November 19, 2011]